If you want to dance with the market,

If you want to dance with the market,

My name is Mithat Tuncel. I have been a Forex trader for 6 years. I have been trading in the crypto market for the last 2 years. In 6 years, I’ve reached thousands of students from several parts of the world. In addition, I’ve tried to reach more people with my TMT Reversal strategy by organizing tens of seminars. My registered trademark in the Forex market is “TMT Forex Akademi”, and my Youtube channel is “TMT Forex Akademi”.

I would like to mention how I got into this market, my learning process, TMT Forex Academy and my works.

My desire to learn to trade in financial markets comes from the fact that this has been my biggest dream and that I have always had an urgent need to evaluate my own investments. I clearly remember opening Bloomberg and listening to the conversations for hours even though I understood nothing of what was said in the program. My dream was to have sound foundation that could make me talk about the economy for hours like this. I’ve worked hard to reach this aim, and now I can speak for hours in seminars that last for 6-10 hours. Why I’ve entered the market mainly is to learn how to evaluate my own investment. I had to listen to the answer of the question “What would happen to the dollar” from TV commentators who had never actually traded. I was quite sure they did not trade, because they did not trust their analysis, so I wanted to do my own analysis. I searched for a signal, lost thousands of dollars. I wanted to find out what I was missing. In short, I wanted to find my own dollar expectation and decided to enter the market and learn quickly.

When I decided to enter the market in 2015, I couldn’t find any resources to learn other than books. I was like a blank slate in the markets. I didn’t know anything, but I never thought that I couldn’t do it. I didn’t even know whether to sell or buy while going up. There were no videos on Youtube in Turkish. I did not come across a person in Turkey telling what s/he knew, either. Then I bought several books and practiced them a lot. If I said that I learned it right away, I would be doing an injustice to my process.

The books I’d read were very old and since I did not speak English, my imagination would be limited to only Turkish sources. I had to test and reinforce everything I’d learned. I was trying to make the best use of what I had, the basics: what the market is, how it works, what is forex, etc. Even though I’d had hard time, now that I learned the concepts of Buy-Sell, I could move on to technical analysis…

Books, so to speak; did not go beyond the topics of support, resistance and trends. There were articles mentioning about trading with trend refractions. After 1-2 hours of practice, I realized that I would lose with trend refractions. The reason why we do not trade with trend refractions in TMT Reversal comes from the knowledge I’ve gained from the practice in my learning process. I must say that I have spent hours on each new knowledge I have acquired. I came across indicators in a book a few years ago, and the narration was so clear and it was talking about guaranteed income that it made me say this would the job. I could I spent months just testing the indicators. I even printed an indicator called TMT Trend Follower.

A few years ago, in another book that I read, the need to optimize the indicators was given. Only then would we get the healthiest result in indicators. The author was giving it like a normal thing so that I thought I could google it and find it. Then I searched, translated the page into Turkish, and checked several foreign websites, but could not find it. It seemed to me that I was missing something very easy. The book described it in such a way that it must have been easy to find, so I continued the search. I spent a whole Sunday looking for this. I fell asleep while doing research. I woke up and went on. Then I understood from a line of another text that each indicator had to have a separate robot software to optimize it… Thank you book.

Those days I tried so hard to learn. I still don’t understand why I was so greedy for it. However, I’m glad I’ve done it.

When I reached a certain stage, I thought I was ready to invest, so I somehow turned to make videos. I was sure I would not want to lose my followers so that I would do less risky tradings. That’s why I started making videos. Since I was a new learner, I knew very well where the other person would have difficulties. Thus, I tried to give crucial points in my short videos. I never said that you would need to optimize the indicators. I explained everything as it should be and as I’d learned it. In a short span of time, I was followed by thousands of forex investors, and my videos were started to be watched thousands of times. Today, TMT Forex Academy Youtube channel has 17.800 subscribers and nearly 140 videos. I am not saying that you need to watch each video to make money. You can be sure that 140 videos will slow you down and take you away from the strategy. First you need to focus on making your money with TMT Reversal, then you can watch these videos to get more information.

Since the first time I entered the market, I have been a leader in the forex field. Of course, not all my followers are people who love me.

I had “TMT Reversal Training” seminar on 11th of January in 2020. During the seminar, a participant asked for my comment about the smear campaign in a website called “Ekşi Sözlük”. I, actually, had no idea about the comments there. When my screen was on projection, I went to the website, found the comments, and started to read. I clearly remember we laughed so much that we couldn’t continue training for a time. I recommend you to read them too, they are very entertaining😊

We came up to a screenshot in the comments of the website “Ekşi Sözlük”, and it shows me swearing at a follower. At that time, my account was stolen, so the one who used strong language also shared a photo which was unethical from my account. Why they’ve done it is crystal clear: to discredit me. That day, I realized that they took a screenshot of the message they wrote and shared it on the website. I quickly got the account back and made it more secure, but it had already happened. Now I don’t know who did it or who hacked it, but I know that they’ve always messed with me as they did it in my previous works, and they will continue to do so.

If people witnessed the things that they did not understand, they would try to smear it rather than try to understand it. That’s exactly what they’re trying to do to us… You used to hit heads pulling out of a device with a sledgehammer at the amusement park, which is clearly what I’m doing right now. Let me confess a thing: to send them back to their holes each time they try to attack gives me a bit pleasure😊. I have edited the questionnaire below just after seeing the comments on the website, which say my tutorials are garbage. I’m sure that the person who has made such comments has never taken the training of TMT Reversal, and s/he has just heard or seen it somewhere. I’ve organised the questionnaire in the hope of winning her/him. Maybe s/he has been my student after this questionnaire, which I’ll never know. What is real?

When people asked how many people who got training from TMT Forex Academy were making money, I used to say almost all of them and send TMT Motivational videos.

Now I do want to ask that:

Did you start earning after watching my youtube videos and special training sets?

This is the truth. I made this questionnaire in which 1869 people attended on Twitter in 2019. However, there is an issue I want to draw your attention: We are pretty sure that among those having stated they could not win, there are also people who did not buy TMT Reversal videos and had no chance to implement the strategy yet. I never deny the fact that there could be those who bought it but couldn’t make a gain, though. Despite all the theory, we only see a 10% of them saying “I couldn’t make a gain”. It would be unreal to claim that every trader who has had a chance to learn TMT Reversal strategy would be making gain without any loss. I, myself, do never guarantee that everyone can do it anyway. I just claim that my strategy is working incredibly well, though. 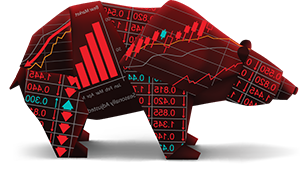 Investment information, comments and recommendations contained herein are not within the scope of investment consultancy. Investment consultancy services are offered individually by authorized institutions, taking into account the risk and return preferences of individuals. The comments and recommendations contained herein are of a general nature. These recommendations may not be suitable for your financial situation and risk and return preferences. Therefore, making an investment decision based solely on the information contained herein may not yield results that meet your expectations. TMT FOREX ACADEMY cannot be held responsible in any way for direct and/or indirect damages, material and moral damages, lost profits and damages that may be incurred by third parties as a result of using the information on the educational content or promotional pages.